Add to Cart Add to Lightbox
1960's American singer - songwriter Janis Joplin relaxes backstage at Cincinnati Music Hall before taking the stage in 1968. Janis died of a heroin overdose in 1970.
Janis Lyn Joplin; January 19, 1943 – October 4, 1970 was an American singer-songwriter who first rose to fame in the late 1960s as the lead singer of the psychedelic-acid rock band Big Brother and the Holding Company, and later as a solo artist with her own backing groups, The Kozmic Blues Band and The Full Tilt Boogie Band. Her first ever large scale public performance was at the Monterey Pop Festival; this led her to becoming very popular and one of the major attractions at the Woodstock festival and the Festival Express train tour. Joplin charted five singles; other popular songs include: "Down on Me"; "Summertime"; "Piece of My Heart"; "Ball 'n' Chain"; "Maybe"; "To Love Somebody"; "Kozmic Blues"; "Work Me, Lord"; "Cry Baby"; "Mercedes Benz"; and her only number one hit, "Me and Bobby McGee". She was inducted into the Rock and Roll Hall of Fame in 1995. 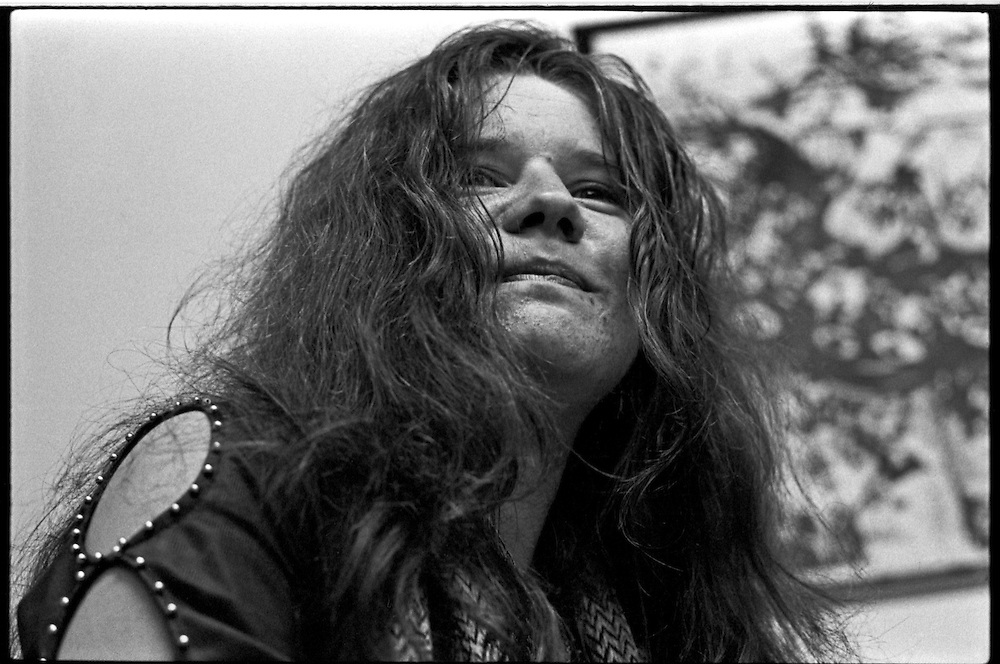