Add to Cart Add to Lightbox
The East Side Big Pipe is a large sewer line and tunnel in Portland in the U.S. state of Oregon. It is part of a combined sewer system of pipes, sumps, drains, pumps, and other infrastructure that transports sewage and stormwater run-off to the city's Columbia Boulevard Wastewater Treatment Plant. The East Side Big Pipe project, begun in 2006 and finished in 2011, was the largest of a 20-year series of projects designed to nearly eliminate combined sewer overflows (CSO)s into the Willamette River and the Columbia Slough. The combined projects were completed on time, and they reduced CSOs into the river by 94 percent and into the slough by more than 99 percent. The East Side tunnel was the largest sewer construction project ever undertaken by the City of Portland. A contractor, Kiewit-Bilfinger Berger (KBB), used a tunnel-boring machine that was 300 feet (91 m) long and had a cutting head that was 25 feet (7.6 m) in diameter. In addition to the tunnel and the pipe, the project involved building seven access shafts, connecting pipelines, and the Portsmouth Forcemain, which carries sewage from the Swan Island Pump Station to the Columbia Boulevard Wastewater Treatment Plant.[3]

The Portsmouth Forcemain, 3 miles (4.8 km) long and 66 inches (170 cm) in diameter, runs north from the pump station across Swan Island and under Waud Bluff and North Willamette Boulevard. There it meets the pre-existing Portsmouth Tunnel, which conveys combined sewage by gravity to the treatment plant.[4]

Costs associated with the CSO projects, which totaled about $1.4 billion, included $450 million for the East Side CSO Tunnel and $70 million for the Portsmouth Forcemain. Most of the financing for the projects is coming from sewer ratepayers and almost none from state or Federal governments.The East Side tunnel was the largest sewer construction project ever undertaken by the City of Portland. A contractor, Kiewit-Bilfinger Berger (KBB), used a tunnel-boring machine that was 300 feet (91 m) 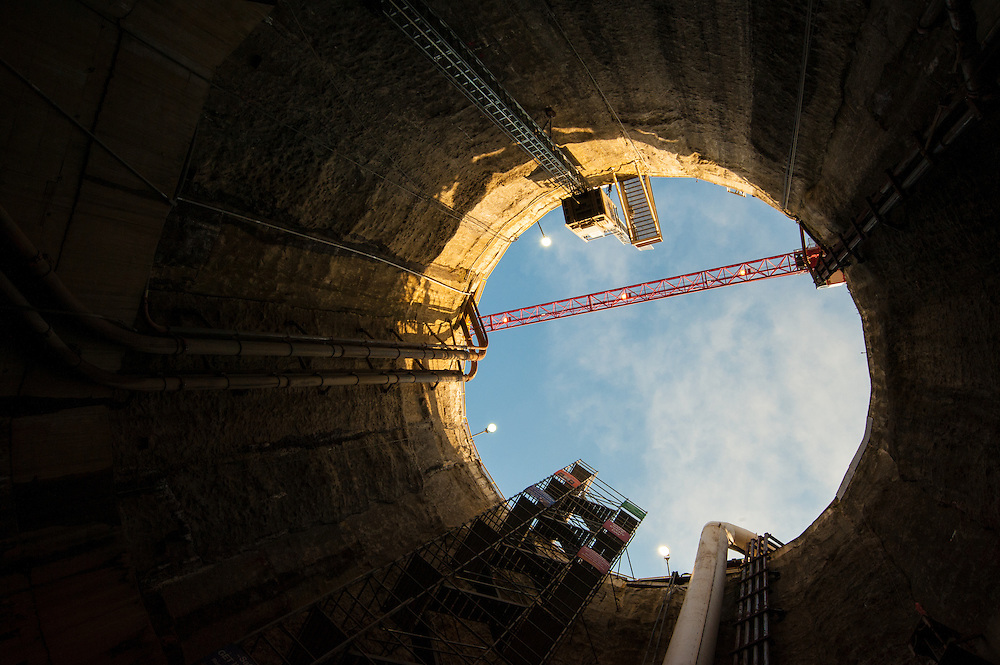