Mayday Demonstrations - 1971. The 1971 May Day protests were a series of large-scale civil disobedience actions in Washington, D.C., in protest against the Vietnam War. These began on Monday morning, May 3rd, and ended on May 5th. More than 12,000 people were arrested, the largest mass arrest in U.S. history.
Members of the Nixon administration would come to view the events as damaging, because the government's response was perceived as violating citizens' civil rights.
The U.S. government had put into effect Operation Garden Plot, a plan it had developed during the 1960s to combat major civil disorders. Over the weekend, while protesters listened to music, planned their actions or slept, 10,000 federal troops were moved to various locations in the Washington, D.C. area. At one point, so many soldiers and Marines were being moved into the area from bases along the East Coast that troop transports were landing at the rate of one every three minutes at Andrews Air Force Base in suburban Maryland, about 15 miles east of the White House. Among these troops were 4,000 paratroopers from the U.S. 82nd Airborne Division. Troops from the Marine Barracks lined both sides of the 14th St bridge. These troops were to back up the 5,100 officers of the D.C. Metropolitan Police, 2,000 members of the D.C. National Guard and federal agents that were already in place. Every monument, park and traffic circle in the nation's capital had troops protecting its perimeters. Paratroopers and Marines deployed via helicopter to the grounds of the Washington Monument. 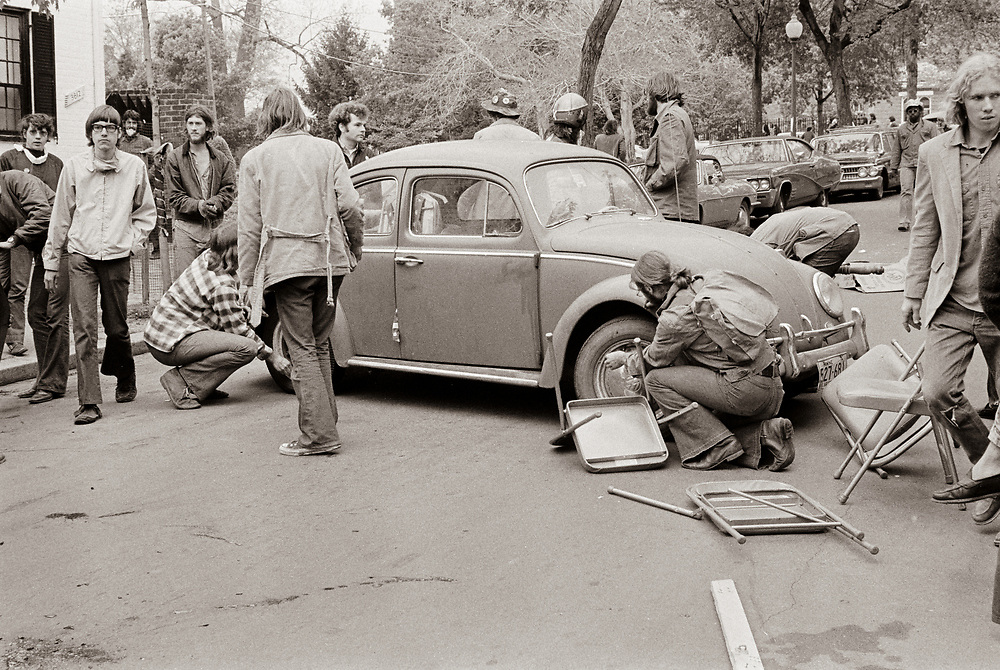