Alton Carter, Uncle of President Jimmy Carter at Work at His Worm Farm

Alton Carter, Uncle of President Jimmy Carter at Work at His Worm Farm. Alton Carter, President Carter's uncle and the former mayor of Plains, Ga., works tending the soil bed that were home to earthworms and nightcrawlers at his worm farm, just outside of Plains.

Alton Carter was born in Arlington, Ga. When he was 15 years old, he moved his mother, two sisters, and his younger brother, James Earl Carter, father of the President, to Plains from Rowens, Ga. James Earl Carter died in 1953, and Alton, according to members of the family, became somewhat like a second father to President Carter.

Alton Carter was also mayor of Plains, Georgia - the President's hometown - for 28 years, and a Sumter County commissioner for seven years.

He operated a general store in Plains from 1909 until 1971. After selling the business, Carter continued to work with his son, State Sen. Hugh Carter, in the Carter Antique Shop in Plains.

President Carter was described as being "very close" to his uncle. 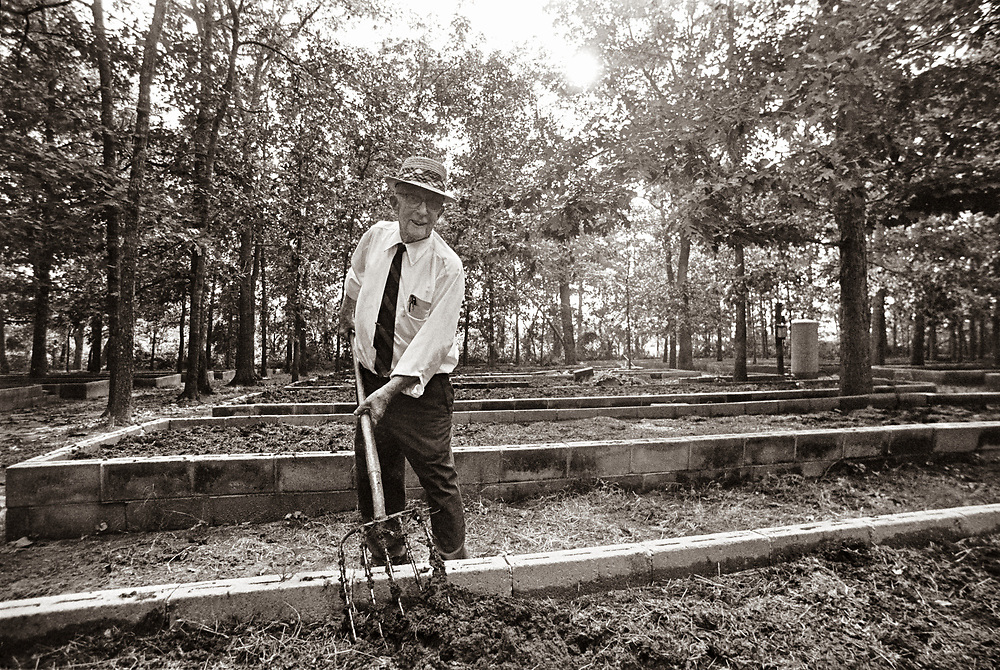